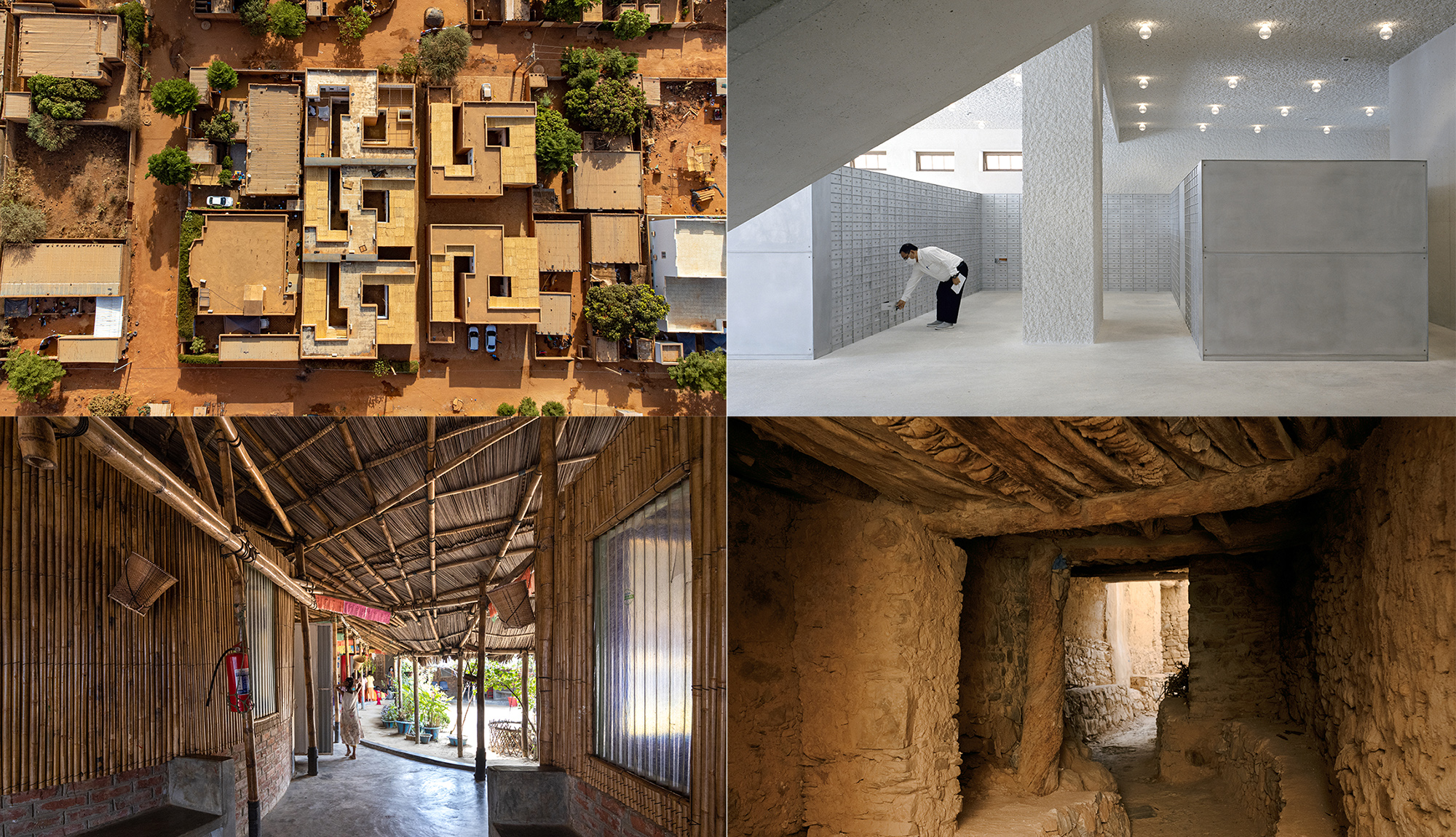 20 projects in 16 countries, from Indonesia to Cape Verde

Geneva, Switzerland, 2 June 2022 – The Aga Khan Award for Architecture (AKAA) today announced 20 shortlisted projects for the 2022 Award cycle.  The projects will compete for a share of the US$ 1 million prize, one of the largest in architecture.

The 20 shortlisted projects were selected by an independent Master Jury from a pool of 463 projects nominated for the 15th Award Cycle (2020-2022).

The Aga Khan Award for Architecture was established by His Highness the Aga Khan in 1977 to identify and encourage building concepts that successfully address the needs and aspirations of communities in which Muslims have a significant presence.  Since it was launched 45 years ago, 121 projects have received the award and nearly 10,000 building projects have been documented.  The AKAA’s selection process emphasises architecture that not only provides for people’s physical, social and economic needs, but that also stimulates and responds to their cultural aspirations.

Photographic representations of the 20 shortlisted entries will go on display in an exhibition in King’s Cross, London from 2 June to 30 June, as part of the King’s Cross Outdoor Art Project, coinciding with the London Architecture Festival.

The shortlisted projects have undergone rigorous reviews, at the site of each project, by independent experts, including architects, conservation specialists, planners and structural engineers. The Master Jury meets again this summer to examine the on-site reviews and determine the final recipients of the Award.

The nine members of the independent Master Jury who selected the 20 shortlisted projects are: Nada Al Hassan, an architect specialising in the conservation of architectural and urban heritage; Amale Andraos,Professor at the Columbia University Graduate School of Architecture, Planning and Preservation; Kader Attia, an artist who explores the wide-ranging effects of western cultural hegemony and colonialism; Kazi Khaleed Ashraf, director-general of Bengal Institute for Architecture, Landscapes and Settlements, in Dhaka, Bangladesh; Sibel Bozdoğan, a Visiting Professor of Modern Architecture and Urbanism at the Department of the History of Art and Architecture, Boston University; Lina Ghotmeh, a French-Lebanese architect who leads a practice where every project learns from a vernacular past to build a new “déjà-là”; Francis Kéré, an AKAA laureate and internationally renowned Burkinabè architect who received the Award in 2004 for his first project, an elementary school in Gando, Burkina Faso; Anne Lacaton, founder of Lacaton & Vassal in Bordeaux in 1989, who focuses on the generosity of space and economy of means;Nader Tehrani, founding principal of NADAAA, a practice dedicated to design innovation, collaboration and a dialogue with the construction industry. For more information, please see the biographies of the Master Jury.

For the full AKAA press announcement & links to all the project go to the Aga Khan Award for Architecture Link.