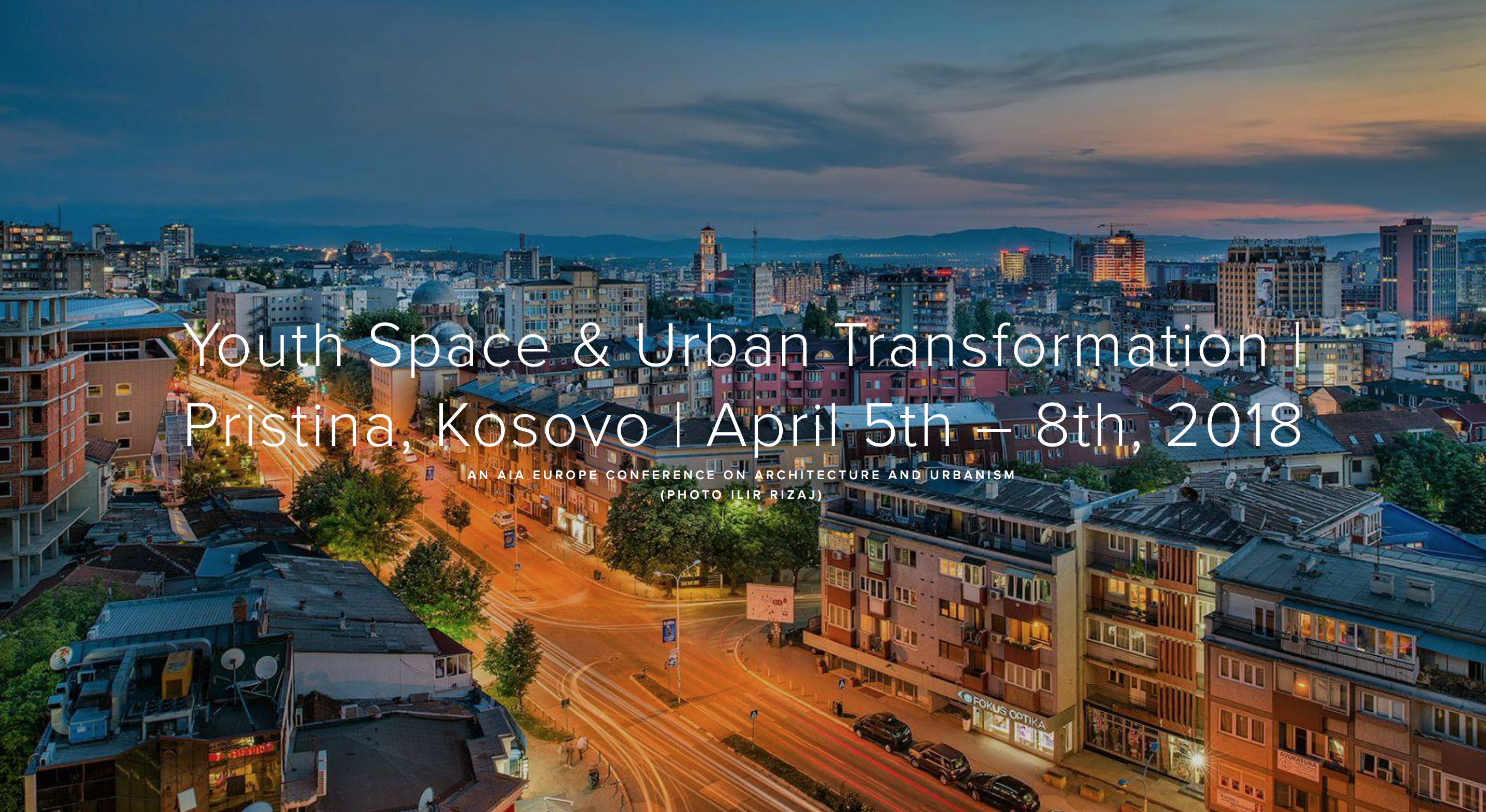 AIA Continental Europe Chapter held its annual conference on architecture and urbanism in Prishtina. The Kosovo Architecture Foundation is immensely proud that it had the honor to be part of this great event and help out with the organization.  Our greatest of appreciation goes for Bard Rama who made this conference possible and brought eminent architects and planners from Europe and beyond to Prishtina.

The head of the Kosovo Architecture Foundation Bekim Ramku, held two presentations during the event. The first was a lecture on the Prishtina Mosque Competition proposal by the late Zaha Hadid in collaboration with the OUD+Architects (Practice ran by our Director). The second presentation presented in front of the distinguished guests KAF’s seminal work on the conservation and management plan for the Kosovo National Library, a project made possible through the Getty Foundation Keeping it Modern Grant. Ramku was also part of the panel discussion on youth and the city moderated by Martin Barry the founder of reSITE.

KAF also gave two guided tours to the conference participants. The first was a tour of the Kosovo National Library and the second was the Prishtina Architecture Tour.

The Conference was held in several venues from the 5th to the 8th of April. More informations on the conference can be found on the link: http://www.aiaeurope.org