By Rudina VocaNovember 9, 2020 No Comments 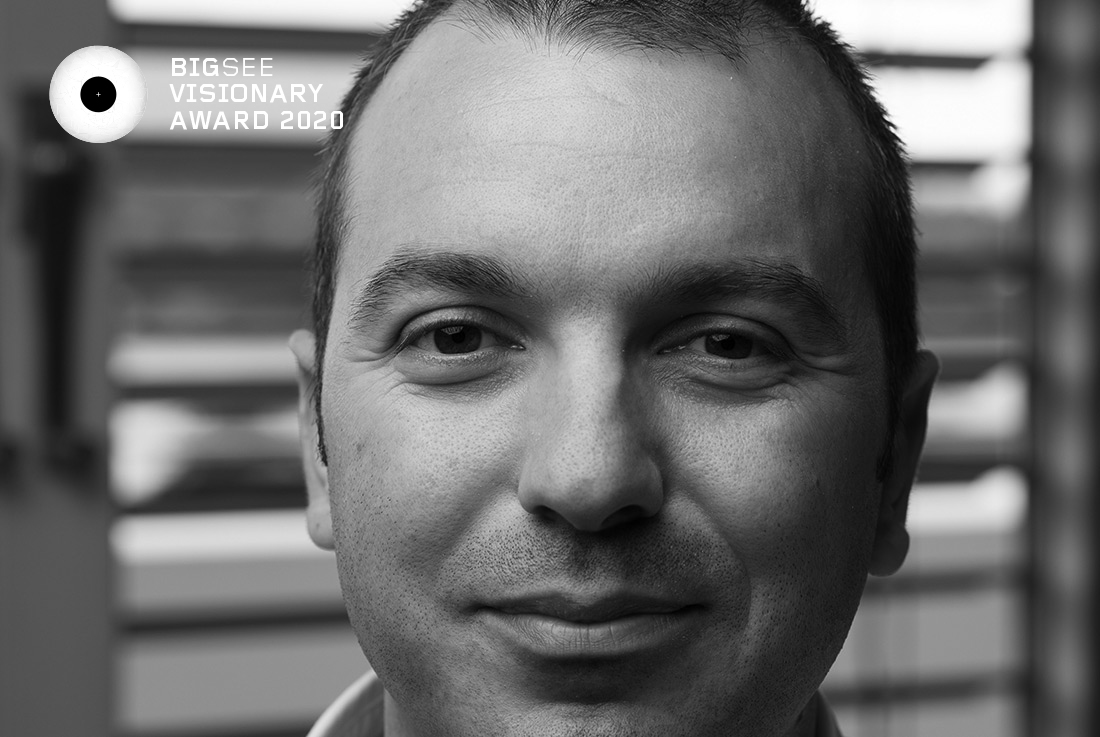 In an online ceremony held in Ljubljana, Slovenia on the 21st of October Kosovo Architecture Foundation founding director was named as the 2020 BigSEE Architecture Visionary

If one studies in Kosovo, continues his education at the Architectural Association School of Architecture in London and the Massachusetts Institute of Technology, and then returns to Kosovo, it is a clear indication that one has a vision.

Bekim established KAF – the Kosovo Architecture Foundation. KAF is the generator of new ideas consistently emphasizing the need for constant change and development. KAF is an organiser of an annual festival presenting the key names from the world of architecture, design, film and other art disciplines. The thoughts and opinions of these creative individuals may have an important impact on the local environment. KAF abounds in ideas and actions resulting in their annual workshops, lectures, Venice exhibitions …etc. KAF activities are supported by the Getty Foundation, and they have also attracted much attention of the EU MIES Award and AGA Khan Award organisers.

Bekim is one of the founders of the Future Architecture Platform which represents a network for the exchange of ideas and aims to provide answers to many difficult questions that the society is facing nowadays.

He does all that from his home in Prishtina in cooperation with the important global network that he has managed to establish. Their activities are based on the following vision: Things can change for the better by encouraging the participation of the local community in the planning and implementation processes.

Bekim Ramku is a man of strength and knowledge. He knows what he is doing, he believes in his goals and eagerly pursues them, even though they might sometimes seem unattainable.

Bekim, you should never stop!

Curator of the award: Andrija Rusan

In the online ceremony held on the 21st of October Ramku thanked the BigSEE jury, curators and the BigSEE community for the honor bestowed on him and in his reception speech spoke of the great creative potential of the SEE region.