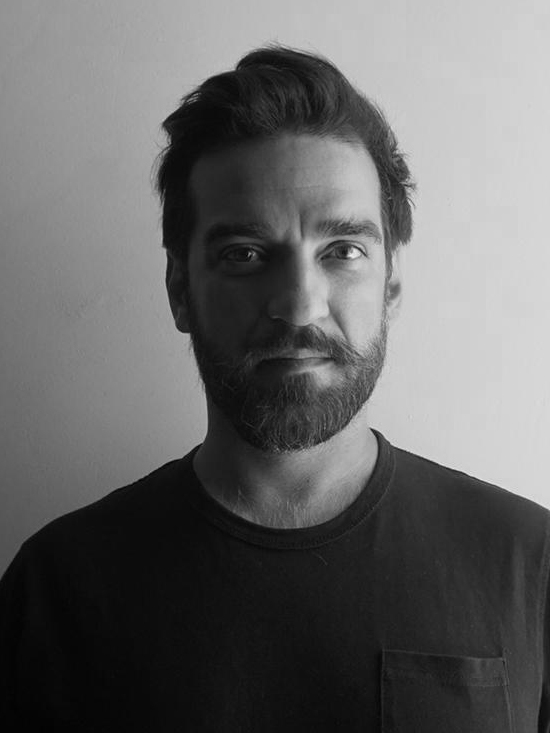 Elian Stefa​ (1985), is an Albanian-Canadian architect,​ curator, ​and multidisciplinary artist ​based in Tirana,​ Albania. He currently directs ​GALERiA e BREGDETiT,​ an independent art space in Radhimë, in the south of Albania. After completing his studies in Landscape Architecture at the Polytechnic of Milan, his dissertation project “​Concrete Mushrooms”​ was published as a book by DPR-Barcelona, and the eponymous documentary film was screened at several international film festivals and competitions including, also winning 1st prize in the film category of Arup’s “Drivers of Change” Prize in 2011. The project went on to participate at the Albanian pavilion of the 13th Architecture Biennale in Venice, 2012.

Since then Stefa has worked on a variety of curatorial and research projects, often focusing on ​exploring​ ambiguous territories​, and the interrogation of ​vernacular artefacts in a fast changing landscape​. Notable projects include working as Associate Curator and General Coordinator of ‘Adhocracy’, exhibited at the 1st Istanbul Design Biennial, the New Museum NYC, and LimeWharf London; and exhibitions at La Triennale di Milano, the EXD’11 Lisbon Biennale, Stazione Futuro at OGR Torino, the Helsinki Museum of Cultures, Strelka Institute, and the Harvard GSD. Stefa has also been teaching at the Polytechnic University of Tirana, and the Albanian University in Tirana between 2013 and 2017, while also lecturing at numerous other institutions in Albania and Europe during this time period.

His current long term project is the demilitarisation, preservation and partial transformation of Sazan, the only island of Albania, which throughout history has had an exclusively militaristic nature. The island lays now completely abandoned, providing a mummified testament to the paranoia and isolation of the totalitarian regime. The project is part of the Future Architecture Platform​ since 2019.

The importance of fiction in moulding reality: Cyberpunk & Solarpunk