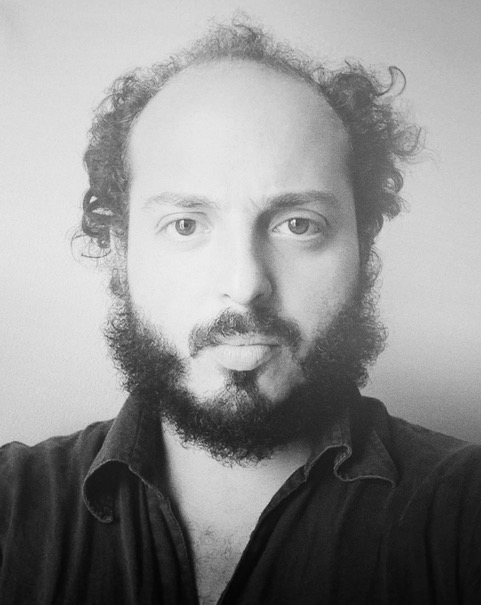 Focus of his research are the relationships between social science, architecture and art. He has been fellow at MIT Art, Culture and Technology program in Boston and is part of the LabSo Sociological Laboratory on Design, Architecture and Territory.  He is also one of the co-founders Studio ++ artists group with which he has exhibited in Italy and abroad, creating exhibitions and interventions in the public space including the Terzo Giardino project, today a public park on the river banks of Arno in Florence.

Architecture of Shame (Cristina Amenta,Fabio Ciaravella, Mimì Coviello, Clara Cibrario Assereto) is a research group that investigates the relationship between architecture and shame in Europe. The group has been established in Matera in dialogue with the application process of the European Capital of Culture 2019. Today AoS is triggering a “group psychoanalytic sitting for European architecture” whose main aim is to create a documentation and research center based in Matera and focused on relationships between contemporary values and the way we perceive places we live.

A group psychoanalytic session about what we consider value, disvalue and what we could recognize as heritage soon. How many places, buildings and/or entire cities considered “shameful” should be instead recognized as part of our heritage?

The lecture will use the “Shame” lenses to question the meaning of heritage in architecture and its relationship with our changing world. People will be involved into a dialogic process aimed to verify, publicly and collectively, where is the limit that allows to recognize or negate built spaces as representative part of our public values. Shame will be proposed as a productive tool, a way to share ideas that everyone feels at the edge of intimacy and publicness.

Based in Matera, Architecture of Shame (AoS) have been triggering a European dialogue on Architecture through a critical approach related with its city story of cultural change. Called “the Shame of Italy” in 1950 because of its pre-modern architecture, the city of Matera and its historical center have been abandoned, blamed, and refused for many years by Italy in the post- second world war modernization period. After 40 years, in 1993, UNESCO recognized the same “places of Shame” a world heritage as one of the most “outstanding troglodyte settlements in Mediterranean area” and as one of the existing oldest city.

The radical change occurred in Matera is similar to many other cases in the world and in Europe. Cultural, social, political and other sort of changes make us reconsider our perspectives on architectures, cities and shapes of built space.

Changes creates strong and shared feelings towards architecture and sometimes we can reinforce our judgment through the feeling of shame that comes from a style, a story or a misunderstanding related to a building. Also awareness creates the same reaction, and sometimes we understand to live in, or close to spaces that negate our values, and then we feel ashamed of our normality. There is no a final truth in this opposite approach, and it is an ongoing never ending topic.  We can only discuss about the problematic bond between history, changes and feeling in architecture and our times, to better understand values we believe today.  To do that we have to face our ideas honestly, starting from what we can deeply share: shame is one of these things.

After an introduction on the theoretical and methodological frame AoS will shows some case studies afforded in the last years before touching topics related to Kosovo, architecture and shame. Participants will be asked to contribute with their ideas on specific buildings in order to open a discussion on contemporary values as the way to understand existing and future architectures.