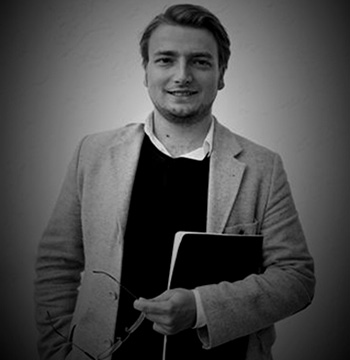 Urban-Think Tank – D-ARCH, ETH Zurich
is an interdisciplinary design practice dedicated to high-level research and design on a variety of subjects, concerned with contemporary architecture and urbanism. The philosophy of U-TT is to deliver innovative yet practical solutions through the combined skills of architects, civil engineers, environmental planners, landscape architects, and communication specialists. In 1993, Alfredo Brillembourg founded U-TT in Caracas, Venezuela, and in 1998, Hubert Klumpner joined as co-director. Since 2007, Brillembourg and Klumpner have taught at Columbia University, where they founded the Sustainable Living Urban Model Laboratory (S.L.U.M. Lab), and since 2010, they hold the Chair for Architecture and Urban Design at the Swiss Institute of Technology, ETH in Zurich. The work concerns both theoretical and practical applications within architecture and urban planning. Working in global contexts by creating bridges between first world industry and third world, informal urban areas, they focus on the education and development of a new generation of professionals, who will transform cities in the 21st century. They have been awarded the 2010 “Ralph Erskine Award” from the Swedish Association of Architects for their innovation in architecture and urban design with regard to social, ecological and aesthetic aspects, the 2011“Global Silver Holcim Award” for Sustainable Construction and the 2012 “Golden Lion” at the 13th Venice Biennial.

Haris Piplas, Dipl. Eng. M.Sc. Urban Design
Born in Sarajevo in 1984, he has studied and graduated at the University of Sarajevo receiving the Best student Award and University Charter followed by a M.Sc. in Urban Design at the Technical University of Berlin. His memberships and activities, among others, include the Editor position of the Journal of the “International Federation for Landscape Architecture – Europe”, Young Leaders Committee position at the “Urban Land Institute” Germany, the Steering Committee position in Network “MediverCities” initiated by the UN SCBD. He has collected practical experience in Denmark, Germany and Bosnia as well as conducted academic research at ETH Zurich and Politecnico di Milano. He has been guest speaker and visitor at several institutions and events including Harvard, Prince of Wales Foundation for Building Community, MIT, TU Wien, Stiftung Bauhaus Dessau, UNECE, European Forum Alpbach and at academic platforms including AESOP (Association of European Schools for Planning), ECLAS (European Council of Landscape Architecture Schools) etc. Since 2011 he is affiliated with the Brillembourg&Klumpner Urban-Think-Tank Chair of Architecture and Urban Design at ETH Zurich’s D-ARCH where he figures as a Researcher and coordinates of the “Urban Design I/II: Urban Stories” Lecture Series.

Daniel Schwartz
Daniel Schwartz (b. 1987, Nairobi) is a filmmaker, photographer, and researcher. He studied Urban Anthropology at the University of Pennsylvania and Radio Journalism at the University of Botswana. His photography and writing have appeared in numerous publications such as The Guardian and New York Times, and his films have screened and been broadcasted internationally. He currently works as associate director of Urban-Think Tank Films, the media arm of the international design firm Urban-Think Tank, and their Chair at the Swiss Federal Institute of Technology (ETH Zurich)