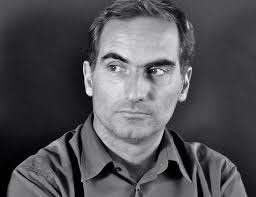 Born in Castelo Branco in 1963, has graduated in Architecture from the Faculdade de Arquitectura da Universidade Técnica de Lisboa (FAUTL) in 1986.Together with Nuno Mateus, founded in 1991 ARX Portugal Arquitectos.Currently President of the Director’s Board of Lisbon Architecture Triennale, was also Executive Director of the events Trienal 2007 and Trienal 2010.Currently a member of Babel’s Editorial Board.Was President of the Southern Regional Assembly of the Ordem Arquitectos, as well as Vice President of the Direction of the same Regional Section between 2005-2007.
Guest professor at the Instituto Superior Técnico, in Lisbon, he was teacher at the Escola Técnica Superior d’ Arquitectura of the Universitat Internacional da Catalunya (ESARQ-UIC), in Barcelona; at the Instituto Superior de Ciências do Trabalho e da Empresa (ISCTE) and at the Escola Superior de Artes Decorativas de Lisboa (ESAD). Author/coordinator of the magazine Linha (Architecture, Design and Landscape) of the weekly newspaper Expresso. He was also author/coordinator of the two television series Tempo & Traço for SIC Notícias channel. He was a regular participant on the radio program Na Ordem do Dia on TSF.
Lecturer in several different countries such as Portugal, Spain, USA, Hungary, England, Brazil, Belgium and Italy. He took part of the jury of the Architecture Prize of São Paulo Biennial in 2003, Europan Spain 2007 and ArchiFad 2011.
In 1993, the work of ARX was shown on the Exhibition Realidade Real at CCB and took part in many others, namely Percurso/Útvonal — ARX Portugal (Budapest, 2000), Influx 0.1 (Fundação de Serralves, 2002), Contaminantes/Comunicantes (Lisboa, 2000) and Nara Triennial (1994). Together with Centro Regional de Sangue do Porto, it took part of the exhibition Architectura e Design del Portogallo 1998-2004 of Milan Triennial.