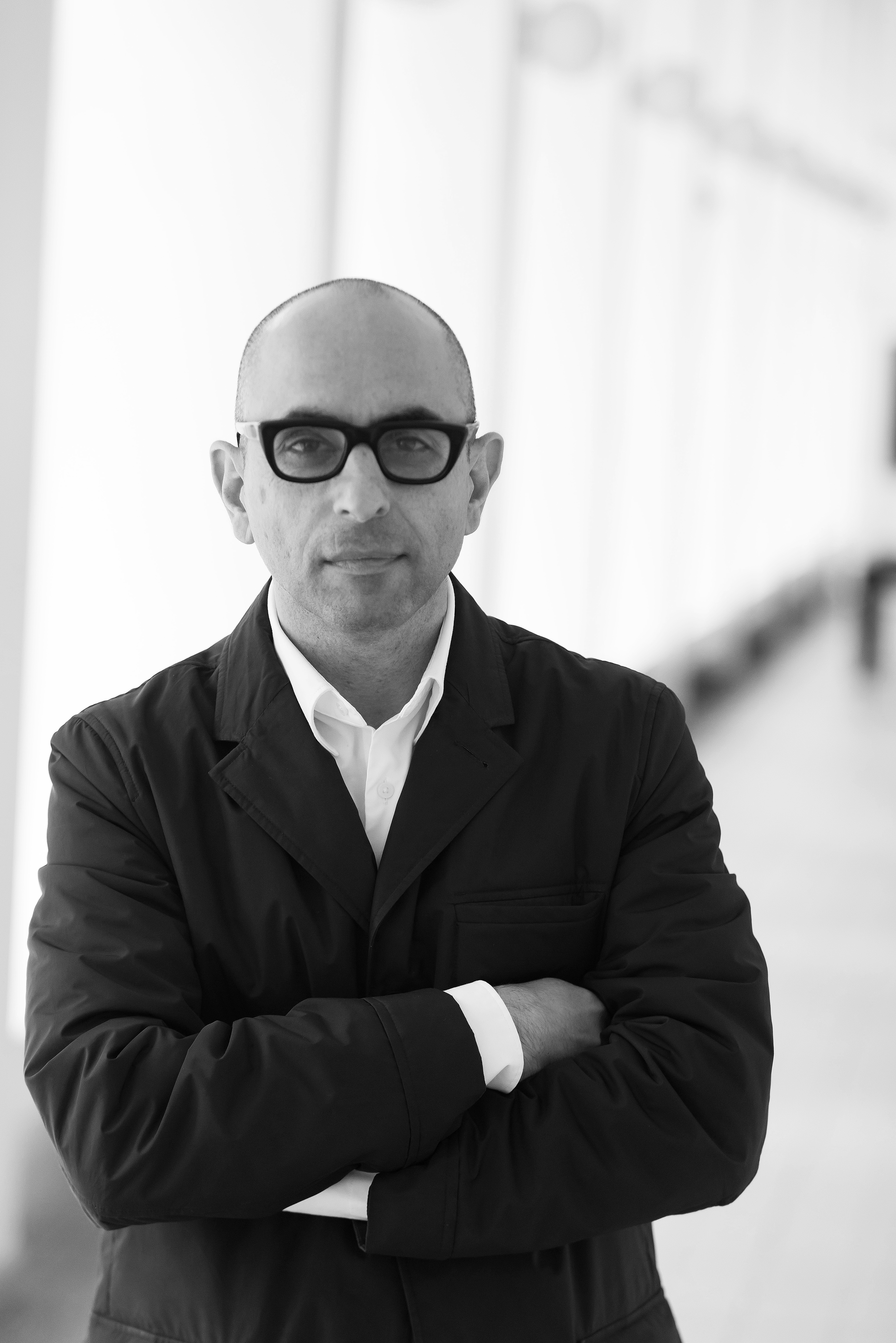 For his contributions to architecture as an art, Nader Tehrani is the recipient of the American Academy of Arts and Letters’ 2020 Arnold W. Brunner Memorial Prize.

Nader Tehrani is the Dean of the Irwin S. Chanin School of Architecture at the Cooper Union in New York. He was previously a professor of architecture at MIT, where he served as the Head of the Department from 2010-2014. He is also Principal of NADAAA, a practice dedicated to the advancement of design innovation, interdisciplinary collaboration, and an intensive dialogue with the construction industry.

Tehrani received a B.F.A. and a B.Arch from the Rhode Island School of Design in 1985 and 1986 respectively. He continued his studies at the Architectural Association, where he attended the Post-Graduate program in History and Theory. Upon his return to the United States, Tehrani received the M.A.U.D from the Harvard Graduate School of Design in 1991.

Tehrani has taught at the Harvard Graduate School of Design, Rhode Island School of Design, the Georgia Institute of Technology, where he served as the Thomas W. Ventulett III Distinguished Chair in Architectural Design, and the University of Toronto’s Department of Architecture where he served as the Frank O. Gehry International Visiting Chair in Architectural Design, Landscape and Design. He also recently served as the William A. Bernoudy Architect in Residence at the American Academy in Rome and the inaugural Paul Helmle Fellow at California State Polytechnic University, Pomona.

Tehrani has lectured widely at institutions including the Guggenheim Museum in New York, Harvard University, Princeton University and the Architectural Association. Tehrani has participated in many symposia including the Monterey Design Conference (2009), the Buell Center ‘Contemporary Architecture and its Consequences’ at Columbia University (2009), and the Graduate School of Design ‘Beyond the Harvard Box’ (2006). The works of Nader Tehrani have been widely exhibited at MOMA, LA MOCA and ICA Boston. His work is also part of the permanent collection of the Canadian Center for Architecture and the Nasher Sculpture Center.

His work has been published in a variety of journals internationally which reflect his research on materiality, fabrication and tectonics. Selected articles include: ‘Versioning: Connubial Reciprocities of Surface and Space’ published in Architectural Design (Sep, Oct 2002); ‘Aggregation’ and ‘Difficult Synthesis’, featured in Material Design: Informing Architecture by Materiality, by Thomas Schroepfer (2011); ‘A Disaggregated Manifesto’ published in The Plan (2016); and ‘The Tectonic Grain’, featured in Manifesto 21 (2017). Tehrani’s work has been exhibited at institutions including the Museum of Modern Art, the Boston Institute of Contemporary Art, LA MoCA, and is part of the permanent exhibit at the Nasher and the Canadian Center for Architecture.

Tehrani’s work has been recognized with notable awards, including eighteen Progressive Architecture Awards, four 2018 American Architecture Awards, four 2017 Chicago Athenaeum Awards, a 2019 AIA Cote Top Ten Award, a finalist for the 2017 Moriyama RAIC International Prize, and a nominee for the 2017 Marcus Prize for Architecture. Other honors include: a 2014 Holcim Foundation Sustainability Award, the 2012 Hobson Award, the 2007 Cooper-Hewitt National Design Award in Architecture, the 2007 United States Artists Award, USA Target Fellows AD award, the 2002 American Academy of Arts and Letters Architecture Award, and the 2002 Harleston Parker Award.  Over the past seven years, NADAAA has consistently ranked as a top design firm in Architect Magazine’s Top 50 U.S. Firms List, ranking as First three of those years.