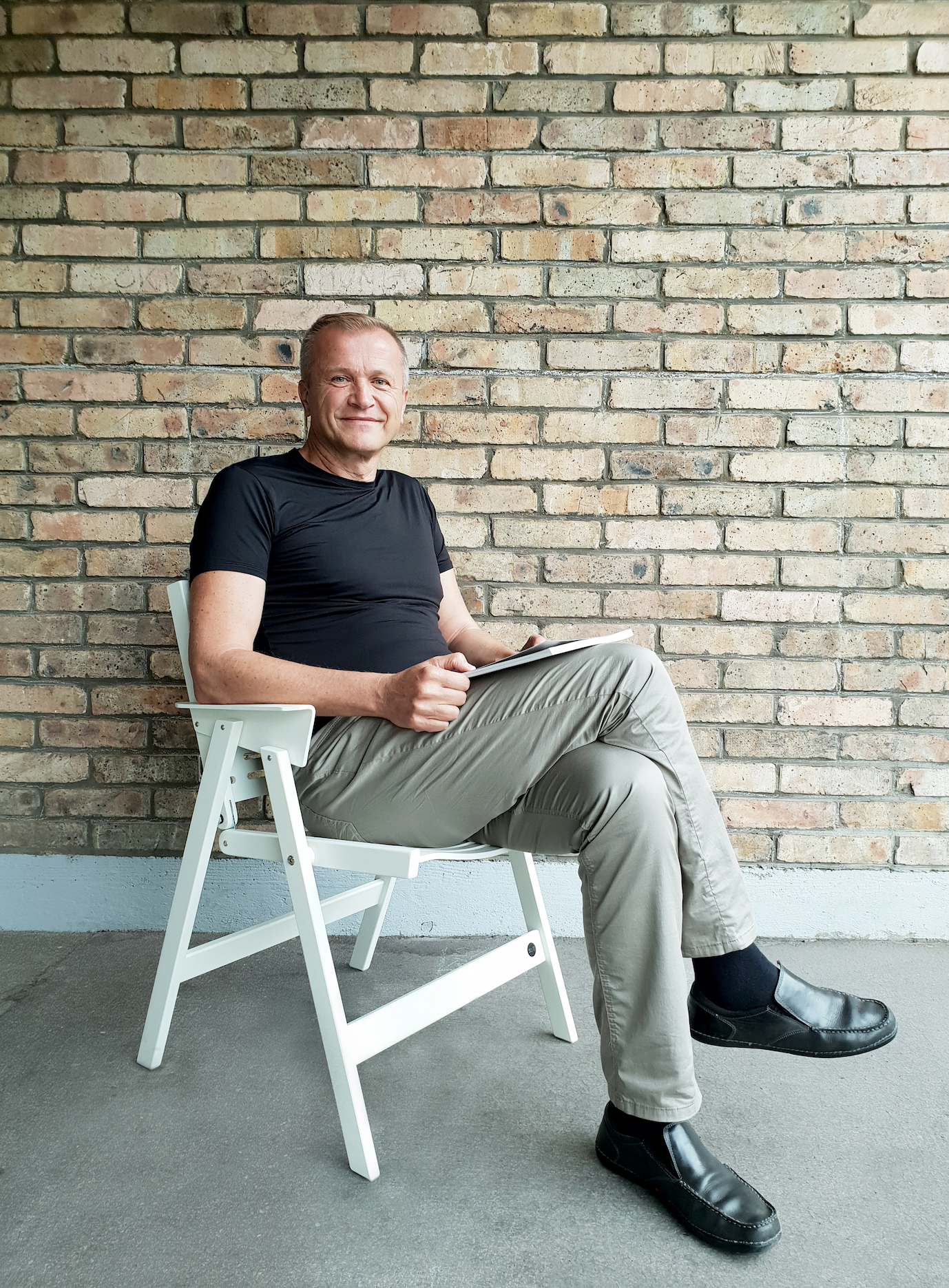 Robert Potokar was born in 1965, and he graduated from the Ljubljana Faculty of Architecture in 1990.

He leads the architectural office Ravnikar Potokar, which he founded with Vojteh Ravnikar. The two architects collaborated for many years, co-designing major projects and competition entries. More than 40 of their competition entries were awarded prizes, with 12 receiving first prize. Their most prominent joint realised works include: the Mandrač commercial-residential complex in Koper, the France BevkPublic Libraryin Nova Gorica, the Bled Business School, the Brinje Primary School in Grosuplje, the Masarykova F1 and F2 office buildings in Ljubljana, Residential Tower C in Majske poljane in Nova Gorica and numerous others.

Together with colleagues he also received several awards and prizes, among them:

Piranesi Award in 1998 and 2004, The Golden Pen award of the Chamber of Architecture and Spatial Planning of Slovenia in 2007, 2008 and 2015 and the First Prize for best urban space on international Salon of architecture in Novi Sad, Serbia, 2018.

For more than two decades, he has co-created the central European architectural journal Piranesi, and for the last eight years, he has been its chief editor.

In 2015, he earned the title of assistant professor at the University of Maribor, Faculty of Civil Engineering, Transportation Engineering and Architecture, where he works as a guest lecturer since 2010.

The office specialises in architectural design, from exterior and interior design to urbanism. Cooperation with many experts enables the office to take on larger projects.

The office is based on Gregorčičeva ulica 9 in Ljubljana. The team that works with the head of the office consists of graduate architects with many years of experience: Tanja Košuta, Sabina Colnar, Staša Baranja, Ajdin Bajrović, Javier Carrera, Mateja Šetina, Matej Fornazarič,Jernej Borko, Anja Patekar, Tina Gradišer, Mina Gutović, Tadej Kavčič … A total of ten to twelve architects work in the office.