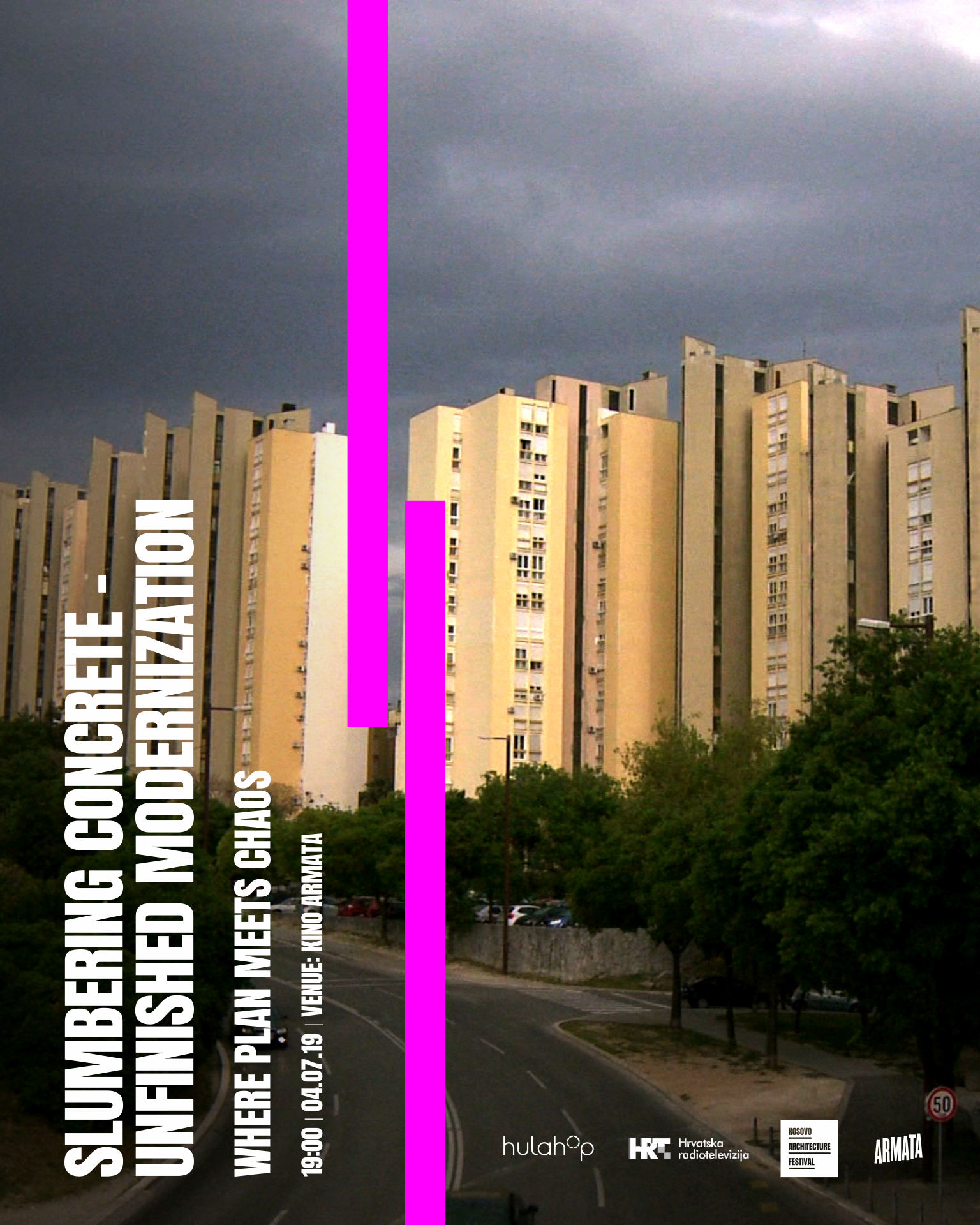 The documentary series Slumbering Concrete builds a story around the architecture from the period of socialist modernism in former Yugoslavia, an area unique for many dilapidated buildings of outstanding architectural value from the 20th century.

The sixties were a specific time period marked by general optimism in Europe. The reconstruction after the world war is completed and new technologies are changing the world. The dream of a welfare state and prosperity for all in the socialist Yugoslavia is perhaps best reflected in the architecture of the time.

The City of Split is a fascinating example of urban continuity from antiquity to modernity (from ancient culture to socialist modernism). We are focusing in on the unfinished urban phenomenon of Split 3, one of the most advanced socialist modernist settlements in the world. The complex was built under the Slovene team of architects Mušič, Bežan and Starc in the 1970s following the modernist principles of freestanding cities. However, simultaneously to harmoniously proportioned skyscrapers of Split 3, the space is taken by unregulated individual construction sites. Planning and deregulation coexist, exemplary order clashes with chaos – the city and its antithesis. Opposing tendencies intertwine, and with the passing of time one prevails. We read the city as a reflection of society in the fascinating architectural collage of Split.

After the catastrophic earthquake in 1963, Skopje became a global demonstration city of the future. UN hired international experts to participate in its reconstruction, the central figure being the Japanese avant-garde architect Kenzo Tange who designed the new center using the principles of the metabolism – its first application outside Japan. Fifty years later, North Macedonia seeks its identity through faux Baroque and monumental memorials.